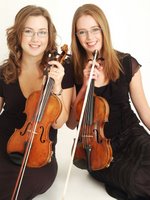 While recently surveying the posters adorning the platform of the Bakerloo line at Oxford Circus, I found myself indignant at an advertisement enticing tourists to visit Austria.  A few cosy chalets were pictured amid imposing mountains, in front of which stood the members of a string quartet.  The text read “Visit Austria: where even the smallest villages are home to great music”.

The tiny village of Great Hampden in Buckinghamshire may not stand aloft Alpian peaks (though the Chilterns could give them a run for their money), but it certainly does play host to a concert series that would save many an English music enthusiast their airfare to Austria.  At the heart of the village is the beautiful Church of St. Mary Magdalene, which provides the idyllic setting for concerts that are now achieving wide renown: only a few weeks ago someone as far away as Chorleywood in Hertfordshire asked me where I was from, and, upon my saying “Great Hampden” then proceeded to exclaim: “Oh, that’s where they have the concerts!”.

Now in its fourth year, our series of chamber music evenings is going from strength to strength.  Last April the concert sold out within 45 minutes (a new record!) and once again the Church was full to the brim with the local community enjoying some of the greatest music ever composed.  Everyone does their bit to help: making the programmes, creating the flower arrangements, directing the car parking, not to mention the numerous ladies (and men!) who prepare delicious savouries for the audience to devour in the interval.


The focus of the concerts is to showcase the wonders of the chamber music repertoire, leaving both performers and audience reeling from the power of the master composers.  Programmes have included giants such as Brahms’ Piano Quintet, Mendelssohn’s String Octet, Tchaikovsky’s Souvenir de Florence, and most recently Schubert’s String Quintet and his ‘Death and the Maiden’ string quartet. Coupled with these works are performances by a diverse range of soloists: as well as violinists, cellists and singers we have heard bassoonists, trombonists and double bassists, to name but a few!

The Hampden String Quartet are the resident musicians, two of whom were born and brought up in the village and are now working as professional violinists in London.  They bring their friends, all of whom have studied at London’s music colleges and are now working with leading British orchestras, and all of whom relish performing in the Church’s unique atmosphere.  The musicians give of their valuable time freely to raise money for the Church Fabric Fund, generating over £10,000 to date.  The Fabric Fund works tirelessly to maintain the health of St. Mary Magdalene, which dates in part from the 13th century, and as such is an ancient building in need of constant care.

I am tempted to drop the Austrian airline an email to correct their mistake.  They should be made aware that, nestled amid the peaks of the Chilterns, the inhabitants of a beautiful English village only have to walk up the road to hear great music in their thriving parish Church.  No plane ticket necessary!